Publications
Article
Literary Borrowing in the Work of N.S. Leskov: A Case Study of The Spendthrift 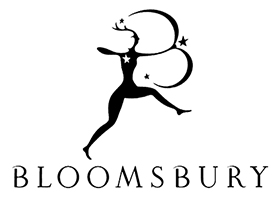 On September 26 and 27, the HSE School of Philology hosted Professor Brian Baer of Kent University (Ohio, USA) for a lecture entitled ‘The Translator’s Biography in Soviet and Post-Soviet Russia: Art, Politics, Identity’, followed by a workshop on ‘Teaching Translation Studies’. Following his lecture and workshop, Professor Baer spoke with the HSE News Service about his career as a translator, the role of the translator in society and his recommendations for international readers looking for exposure to Russian literature.
Research&Expertise HSE guests literature philology translation
November 01, 2017

Professors from Stanford and New York Universities speak of the Conference at School of Philology
Research&Expertise professors Reporting an event partnerships
September 28, 2017

Svetlana Cecovic, Assistant Professor in the Faculty of Humanities (School of Philology), came to the Higher School of Economics with the aim of working in an international environment, which she had become accustomed to during her PhD studies at the University of Louvain in Belgium.
Research&Expertise international faculty cultural studies
January 23, 2017

Rethinking Dickens in the light of Osip Mandelstam’s case

New article by Elena Penskaya, the head of the School of Philolohy, in the Italian academic journal "Enthymema".
Research&Expertise professors publications
January 17, 2017
1 2 3 4