Professor of the School of Philology spoke about the Russification of Patriotism during the Crimean War, 1853-56

On April 13th, Associate professor Alexey Vdovin gave a talk  “Peasant Voices and their Advocates: The Russification of Patriotism during the Crimean War of 1853-1856”at Russian and East European Institute (Indiana University, Bloomington, USA) in the framework of the research colloquium "On Russia in Russian".

This presentation examined the patriotic concerns and Russophile sentiments of the educated public in Petersburg during 1853- 56. Focusing in particular on the Grand Duke Konstantin NIkolaevich and his keen interest in the work of three Russian writers whose stories and dramas depicting peasant life enjoyed extraordinary popularity in the capital during the period of most intense combat in Sebastopol’, prof. Vdovin addressed the following questions: What led the educated elite to take such an interest in the peasantry? And how did such interest and the educated elite’s notion of the peasantry alter the public discourse about “Russianness”? 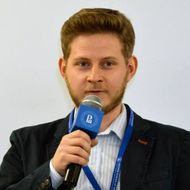