As 2015 drew to a close, a panel of qualified judges was busy deciding on the results of HSE’s Student Research Competition. Out of nearly a thousand submissions in 17 different fields, a jury selected 94 prize recipients, all of which demonstrate how broad and complex the research interests of HSE’s students are.

Replacing imports has been declared the main task of Russia’s industrial policy. The idea of ‘relying on your own efforts’ is not new, and one only needs to look at Asia for a clear example of this, and not necessarily at Juche. For example, HSE junior Sofia Lysenko studied the role of small and medium business in the Japanese economy. The most widespread type of small enterprise in Japan are private family businesses. Such firms do not enter foreign markets, and they prefer stable production to a complex structure. This has its up sides – small and medium business promotes competition within the Japanese market, and it is easier to focus on and accommodate structural changes in demand, thus developing areas that meet the objective needs for economic and societal development. This is why supporting such businesses is currently one of the most important tasks facing Japan’s economic authorities.

The Best Remedy Against Pirates

Second-year master's student Elena Egorova contributed to the fight against online piracy with her analysis of how best to use digital fingerprints in multimedia content. In this context, ‘fingerprint’ means special tags that are placed on a copy of a document, allowing for a wrongdoer to be identified if he or she downloads the content. Elena compares various types of codes and determines what she finds to be the most effective way to fight digital pirates.

(Medieval) Court Is Now in Session

The Russian court system has now become a household name. This might be because we do not entirely understand its origins. HSE senior Anna Baryshnikova researched Russian legal charters of the 15th-17th centuries to look at how the legal process worked at the time. She assumes that the entirety of court processes that were documented in the legal code can be divided into five areas: cases about land, robbery cases against slaves, cases for carrying out economic activities in various regions, general robbery cases, and cases for inheritance rights. It is important to note that 90% of all available historical sources concern land cases. The legal code in essence serves as a way to document the ownership of property that guaranteed immunity if a repeat conflict arose. The higher the status of a lawsuit participant, the more difficult and prolonged the court cases were. In addition, more judges were brought in to resolve issues involving individuals of higher status.

When the Grass Was Greener, the Sun Brighter, and the Ice Cream More Delicious

Two NIRS winners researched the topic of nostalgia, though they did so from different angles. Daria Mareyeva, who has since graduated from the Faculty of Communications, Media and Design, posits that under the influence of a new form of communication – the internet – nostalgia is becoming a collective phenomenon for the first time ever, acquiring features of social practice. With this, younger individuals are some of the biggest ‘practitioners’ of nostalgia, as they have ‘a significant interest in the past, as demonstrated by their focus on all things vintage and authentic, as well as things that allow them to create an alternative to objects of modernity.’ Separately, two seniors, Tamara Kusimova and Maya Schmidt, researched how nostalgia is being commercialised. It turns out that in the food industry, retro Soviet items and their imitations do well on the shelves. A Soviet image is mostly constructed through the use of simple, low-key packaging. In addition, consumers still believe in, and often cling to, those cherished four letters – GOST.

The hero in Sir Arthur Conan Doyle’s stories is still alive and continues to have a huge impact on mass culture. Russian television proudly states that the premier of the new episode of Sherlock the day after New Years will happen at the same time as on BBC. First-year master’s student Maria Krivosheina analysed various sources from the 1900s and 1910s to convincingly show that the indefatigable detective has been an important part of Russian culture for over a century. In her words, ‘Sherlockiana not only penetrated the broadest areas of pre-revolutionary culture – and at all levels of society – but it may have also served various goals as well.’ Krivosheina goes on to note that Sherlockiana can be a way of enhancing the commercial success of certain projects, trigger philosophical discussions, serve as a model for constructing new genres, be exploited in political discourse, and also serve as material for large-scale mystification. 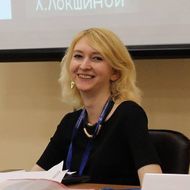