Head of the laboratory —
Boris Uspensky

“Imaging a Crocodile” : Report from the Summer School in Digital Humanities (Hisarya, Bulgaria)

During the first week of September the Centre for Excellence in the Humanities of the University of Sofia “St. Kliment Ohridski” hosted a summer school in Digital Humanities. Anastasia Preobrazhenskaya (HSE) shares her experience in attending workshops in 3D modeling and imaging for cultural heritage; text encoding and interchange; text and image annotation and alignment; Geographical Information Systems and Neogeography.

The School was organized by the Centre for Excellence in the Humanities of the University of Sofia, that was founded in 2009. Now the Centre focuses on six academic programmes in Historical Memory; Regional Research; European and International Law; International Relations; Security Policies and Human Rights; Culture, Languages, Media and Sustainable Development; Technological Ecosystems in the Humanities; and Academic Innovations.

The town of Hisarya in Plovdiv province, where the School took place, is famous for its Roman ruins of an ancient Roman city Augusta or Diocletianopolis. The province itself was once part of Thrace and then – Roman Empire, and now many Thracian and Roman tombs are located around Hisarya.

I was particularly interested in text encoding since it may turn out to be rather useful in my project with old-printed books. GIS seemed to me to be a nice tool not only for research, but also for presentation of collected data in a graphic manner. The most amazing workshop for me was a Photogrammetry module, where we imaged an object (a crocodile, in my case) and then made a 3D model out of it. Even 35 photos allow the software to process data and to built an adequate model that may be used for further research. Another software provides tools for “cleaning” the model 0 for general correction and removing background, for example. The School was a fruitful experience allowing to share ideas with people coming from all fields of Humanities, to learn new things and to try them out right away. 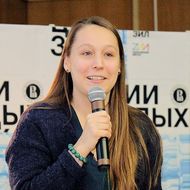